04 Aug The Universe is Expanding

Posted at 13:46h in stories, Uncategorized by admin

The Universe is Expanding 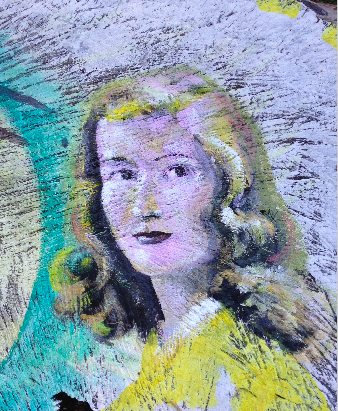 from TREE OF LIVES, “The Merry Sweeper” page 440

Now it was time to take the last trip to Knoxville, Tennessee, to say goodbye. Her prevailing sense was that she was preparing to mourn the loss of the father she should have had. As she swept the floor before heading there that morning, she imagined conversations she would like to have with him during this final visit, though doubted would really happen. She pretended he apologized for the decades of narcissistic behavior, for the alcohol-fueled anger that sometimes led to savage thrashings, for his close-minded ultra right-wing, fear-based politics that branded her liberal views as The Enemy. She pretended he apologized for being treated like she was background noise and for the atmosphere of abuse that her four siblings learned to wield.

Her broom strokes became harder with each item on the list.

In her imaginary conversation they had a meaningful discussion about life after death and his spiritual beliefs, which interested Ruth because she never knew what they were. She would put his worries at ease by explaining what she had learned about the Other Side: That we continue to exist. That we will see pretty much what we expect to see. That we will be greeted by beloved former relatives, friends and pets. She didn’t mention the Life Review, since that definitely would not be comforting.

The idea of infinity is a pretty big one. If it is true that there is such a thing as infinity, then any and all possibilities are indeed infinite, limited only by our imaginations, perceptions and, here on earth, the physical laws of time and space. Those laws seem very hard to get around, but scientists are working on it.

In another dimension, that of the mind, we are not so hemmed in. We instantly break these time-and-space shackles when we dream and imagine. We can try to forge these dreams into reality through our actions. For good or ill, we create much of our own reality though our minds.

Ruth, the protagonist in Tree of Lives, was perceived by her father, Ward Thompson, as a liberal, but in an extremely pejorative way. Ward pronounced the word ‘liberal’ as if he was throwing up.

Like everyone, Ward built and inhabited a bubble of his own reality, made even more fearful with the perniciously toxic diet of Fox News. By demonizing Ruth’s liberal ideals, he missed out on his daughter for most of their lives (and vice versa). But as Ward approached his date with the Other Side (aka infinity), via the Alzheimer’s disease that gobbled up his mind, he forgot his politics, and was able to see Ruth as the child he loved and cared about. Luckily, Ruth caught a glimpse of that at the end .

I think it’s possible to shift our perceptions and change things in our lives. It’s not always easy, but it’s always possible. “Thoughts are things,” as the Spiritualists say. “A fear is a thought, but a negative one, like a prayer for something you don’t want,” as new agers say.

There’s a house I pass on my daily bike ride with a little sign by the mailbox in the shape of a pooping dog that says “No!” Instead of suffering the indignities of picking up someone else’s dog’s poop, my neighbors have a pooping dog by their mailbox forever.

Doctor: “Why are you depressed, Alvie?”

Alvie: “The universe is expanding. If it expands too much, the universe will break apart and that will be the end of everything.”

Mother: “He stopped doing his homework!”

— From the movie Annie Hall

Alvie is right, the universe is expanding. But that just means there will be more room.