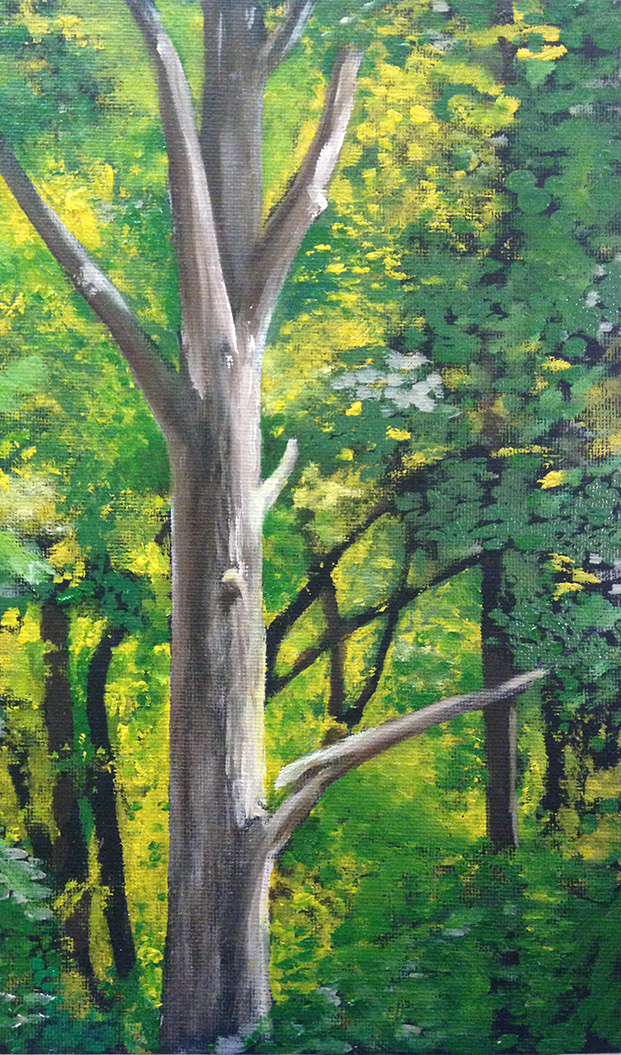 Mending the Tree of Lives

Elizabeth Garden’s book, ‘Tree of Lives,’ was the first novel I read where I could truly “feel” the heroic transformation of the character.  It healed my soul while I was healing a bone; it may mend your soul too, if you had a bad childhood.  Or, if not, the superb, masterful writing will charm you like a breeze and brighten your mood.

I read ‘Tree of Lives’ when I was laid-up with a broken femur, and my girlfriend brought me a random stack of books from her collection at home, for me to read at the hospital.

I had never before read a book with a female main-character, but surprisingly, Ruthie and I had enough similarities that I immediately found myself relating to her.  We both had Staph-infections as babies; and now that I had a broken femur, little Ruthie consoled me by breaking her arm, her nose, etc.

Although, I didn’t suffer child abuse from parents or extended family like Ruthie did, I am extremely familiar with the abuse she received from her two cruel, older brothers.

I am the youngest of three boys. My brothers and I grew up in a ‘respectable middle-class’ East-Coast home, just like Ruthie; but my brothers were the neighborhood punks.  They beat me up daily because I tucked my shirts in, didn’t steal, and spoke with an embarrassing stutter.

My brothers’ cruelty resulted in forming in me an identity riddled with shame, insecurities, anxieties, and unmerited bouts of self-hatred that send me into periodic states of dark depression.  Like Ruthie, I am intelligent, open-hearted, generous, and sensitive; and I feel I would be a successful, respected, and highly-satisfied man today, had I been an only child.

The silver-lining is that there is still time.  I assume Elizabeth Garden is the same age as Ruthie, who was in fourth grade when JFK was shot.  Ironically, I had just finished the fourth grade when John Kennedy crashed his plane.  So, although I am nowhere near as successful, and witty, and comfortable with myself—a “complete” human—as Garden’s character finishes, I am still years younger, so I have something to work towards.

This transformation of Ruthie to Ruth is the astonishing magic of ‘Tree of Lives.’  I have never seen a writer evolve a character in the masterful way that Garden does.  Her book made me (still makes me whenever I think about Ruth) feel cleansed of the dirt my brothers stained my life with.

I don’t know if it’s just because Garden is an expert writer that this inspiring transformation of Ruthie’s character occurs – (as I know that great writers are great because they are able to pretend, and invent things) – but I like to imagine that Garden—abused as a child just like Ruth—actually ‘became healthy” as she was writing this book; that she “evolved” into her fully-realized, mature, successful adult-self while writing her story.

I like this idea because Ruthie and I have so many of the same insecurities.  And to read how Ruth has become a healthy, wonderful person, gives me an identity to aim for.

Today, having recovered from my broken leg, being a reasonably happy and self-sufficient adult—although I am still prone to depression and mild self-abuse—I feel right in the middle, between Ruthie and Ruth.

So, whenever I get down, and feel hopeless, I think about ‘Tree of Lives,’ and replay a scene, such as grown-up and healthy Ruth having “Fun in the Sun”…

“Like diving into an invitingly warm pool, […] a refreshing and fun new reality.”

…And I smile with the belief that if I keep going as she did, one day my own fun in the sun will come.